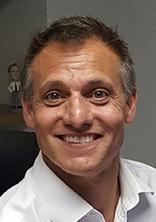 With Green & Cohen Law, you’ll work with an experienced legal professional who holds a keen understanding of 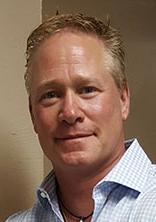 While our team has a proven track record of success in negotiations and courtroom proceedings, they’re also lifelong learners who remain abreast of the latest developments in areas related to your case. When you come to Green & Cohen Law, expect to hit the ground running with somebody who’s already a step ahead of the game.

Michael R. Cohen is a founding Partner of the firm and is the head of the Litigation Department.

Mr. Cohen has substantial experience and expertise in civil litigation, both jury and non-jury, concentrating on real estate disputes, including commercial and residential lease violations.

Mr. Cohen has successfully litigated a multitude of landlord/tenant issues at both the trial and appeal level. 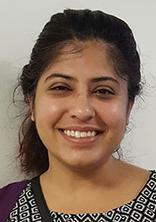 Anisha Tanna has been an associate with Green & Cohen since early 2016.  Anisha's practice focuses on representing landlords and tenants in Nonpayment, Holdover, and HP Proceedings.  Anisha regularly appears in Civil Court and Supreme Court, where she argues motions, and drafts and negotiates all kinds of settlement agreements.

Adam M. Bernstein has been an associate with Green & Cohen since October, 2013.  Adam's practice focuses on representing landlords and tenants in Nonpayment, Holdover, and HP Proceedings.  Adam regularly appears in Civil Court and Supreme Court, where he argues motions, and drafts and negotiates all kinds of settlement agreements. He also reviews title work and other due diligence items, and handles residential and commercial real estate closings. Prior to joining Green & Cohen, Adam worked at a transactional law firm where he represented lenders, owners, developers, and borrowers in various types of real estate transactions, including acquisitions, sales, and financings.

​We're on Your Side

Jason M. Green is the founding member of Green & Cohen, P.C. Mr. Green has been admitted to practice law since 1992.  During his more than two decades of practice in the landlord-tenant area, Mr. Green has handled a wide array of landlord/tenant issues. He has handled both commercial holdover proceedings and residential holdover proceedings (including breaches of tenancy, non-primary residence and illegal occupancy), as well as commercial and residential non-payment proceedings.  He continues to represent owners of both residential and commercial properties in court and in leasing transactions.  Mr. Green is a graduate of Brooklyn Law School and has a finance/marketing degree from Syracuse University.  Mr. Green also brings to our firm the experience he obtained as a law intern with the Bronx District Attorneys Office and as a trial attorney with Gutman Mintz Baker & Sonnenfeldt, P.C.  Mr. Green is a member of the New York State Bars and is admitted to practice in the Southern and Eastern District Courts of New York.

In addition, Mr. Green has 20 years of experience in the ownership and management of residential properties in New York City. Mr. Green owns and manages approximately 400 apartments and commercial units in multifamily buildings and is dedicated to maintaining his properties at peak efficiency by eliminating housing violations, renovating apartments, reducing overall operating costs and overseeing capital improvements to enhance savings. 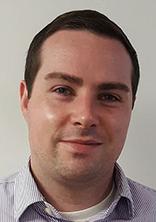